Aston Martin is Revealing Details of The Timeless New DB9 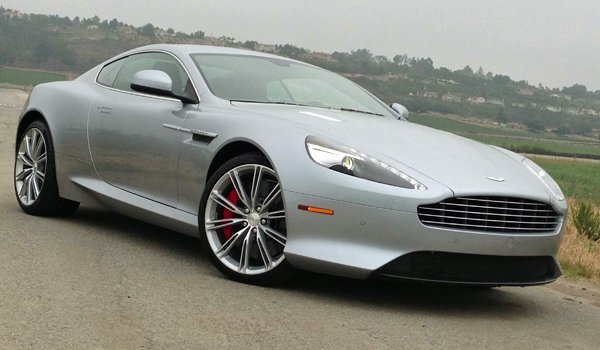 Evolution can be a dicey prospect, particularly in the car industry. Evolve too slowly and you’re seen as uncompetitive, or even obsolete. Evolve too quickly, and you lose your brand identity. The risks are magnified for a brand like Aston Martin due to its trademark styling and performance-oriented product line. The 2013 Aston Martin DB9 reflects this quandary in its seductive bodylines and screaming V12 exhaust note. While not the most technologically advanced super luxury coupe, it retains the timeless shape, sumptuous interior and engaging performance that have served the British brand for over 100 years. And while its starting price of $187,000 remains out of reach for many shoppers, this latest DB9 is a remarkable value when measured against the competition.

You can’t define “beauty” with a slide rule and a protractor, but most people know it when they see it. Judging by the reaction to the 2013 Aston Martin DB9, people were seeing it wherever we drove. This is not a new look for the DB9, or for Aston Martin in general. In fact, the low slung, long hood/short deck proportions have been used for much of the brand’s history. And for that let’s all thank our respective gods.

Cars like the DB9 are gorgeous embodiments of mobile seduction. Just establishing a visual brand identity is beyond most automakers, and finding one that ages gracefully is (with few exceptions) impossible. Aston Martin understands this, which is why the DB9’s visual updates are subtle.

Another new-for-2013 DB9 styling feature involves fender vents framed by chrome trim. Housed in this trim are LED indicator lights that might just be the coolest reason yet to use your turn signals. Put it all together and you’re looking at the most attractive luxury coupe in this category. 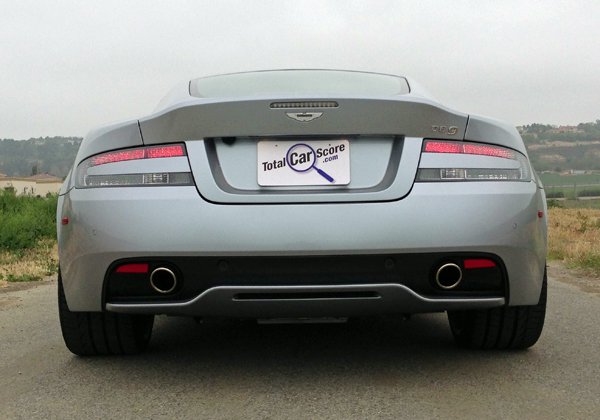 The 2013 DB9 marries these looks that kill with performance that thrills. The 6.0-liter V12 carries over, but now offers 510 peak horsepower (40 more than last year), thanks to a revised block, intake manifold and heads, plus larger throttle bodies, dual-variable valve timing and a new fuel pump. Torque now peaks at 457 pound-feet, and its delivery throughout the rpm range makes the DB9 addictively easy to steer with the throttle pedal.

Those horsepower and torque numbers aren’t as high as the competition, but they still heave the DB9 from zero-to-60 mph in around 4.6 seconds, all while delivering a proper banshee call to auto aficionados in the surrounding zip code. The V12 will keep pulling the DB9 forward until it hits 183 mph. And when it’s time to slow things down, the standard carbon-ceramic brakes provide all the stopping power you could ask for. Fade? Not. Gonna. Happen.

There’s also a “Sport” button at the bottom of the center stack, in case the default engine wail isn’t compelling enough. Press it and you’ll increase throttle response, heighten steering feel and pump up the DB9’s exhaust volume. Even without “Sport” mode activated the Aston is more nimble and confident than its 3900-pounds would suggest. The rack-and-pinion steering system offers superb feedback, and the double wishbone suspension easily manages the DB9’s mass. The latter has been enhanced for 2013 by new adaptive suspension technology. It offers three modes: Normal, Sport and Track. A change in ride quality and handling dynamics was apparent when cycling through each setting on public roads. We’d save the Track mode for its namesake, while Sport was more than capable of controlling the DB9’s body roll on our favorite canyon test loop.

A rear-mounted, 6-speed automatic transmission connects the V12 to the rear wheels (through a standard limited-slip differential). This is a traditional automatic, utilizing a torque converter rather than the dual-clutch technology seen on many of the DB9’s competitors. While the design suggests a compromise in performance, we found the transmission effective in both full auto mode or when shifted manually via the column-mounted paddles. The rev-matched downshifts and crisp upshifts are difficult to distinguish from the dual-clutch transmissions we’ve driven. We’d suggest skeptics give it a try before making assumptions. 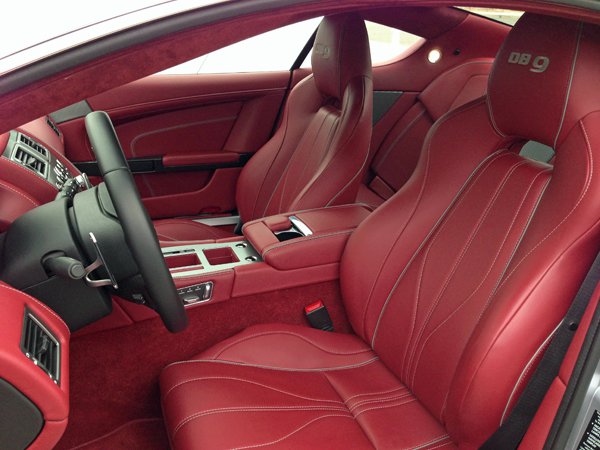 The DB9’s exterior sets quite an expectation about what you’ll find inside. Despite this high bar, there’s no disappointment when you swing open the doors to gaze at the rich leather interior. Our test car’s cabin featured red leather with white hand stitching along the seats, doors, dash and center console. Our car also had the optional carbon fiber trim package, with accents on the door handles, upper dash and shift paddles. Once you get over the plush carpet and a sublime headliner you’ll find comfortable and support front seats, along with an effective driving position offering excellent outward visibility. The rear seats? Better to go with the optional parcel shelf back there.

With luscious interior materials and an excellent driving position there’s little to fault from the DB9’s driver’s seat. However, the small, black-and-white audio display window in the center stack feels old by 2013 standards. Credit goes to Aston Martin for packing many of today’s features into this head unit, including Bluetooth, automatic climate control and full iPod integration. There’s also a pop-up, full-color monitor at the top of the center stack. It provides both navigation guidance and a rearview camera display when the DB9 is in reverse. All of these features are standard on every DB9, though for $187,000 that’s not really a boast. Regardless, we’d like to see a more modern user interface. The terms “classic” and “timeless” can be assets for exterior styling. For display screen size and technology? Not so much. 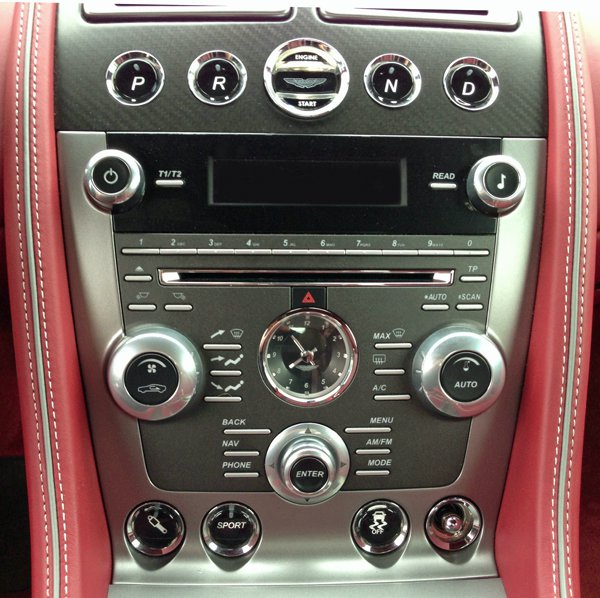 Upgrades to the 2013 Aston Martin DB9 include all the engine and body enhancements covered above, plus standard features like a bi-xenon headlights, 20-inch alloy wheels (available in several styles) and the aforementioned pop-up navigation/rearview camera display. Options range from a 1,000-watt audio system and rear-seat delete to upgraded interior and exterior materials like the carbon fiber package in our test car. An exterior carbon fiber package features the exotic material in the front splitter, rear diffuser and on the exterior mirror caps. It also uses a titanium finish on the exhaust tips. This is just a small sample of options, as the level of personalization is extensive across the entire Aston Martin line, including the DB9.

If the highest-performance, highest-tech super luxury coupe is your goal, the DB9 falls short. Competitive models boast bigger horsepower numbers and more elaborate interior gadgetry. But those models all cost more, don’t offer the same level of driver engagement, and can’t match the Aston Martin’s eyeball appeal (or exhaust note). Gaze at the spec box and the competition looks better. Gaze at the bodywork, and the 2013 Aston Martin DB9 looks best.

The manufacturer provided Total Car Score this vehicle for the purposes of evaluation.